Not All Doom And Gloom

When I read some of the things discussed in the General Discussion forum, I groan, sigh, shake my head and say, what is this world coming to. I’m sure you’ve all felt the same way. So I checked out a stat I heard that the number of bad people in the world was less than half a percent of the total world population. If this stat is correct, I will quickly recover my once-normal optimism and shake off the clouds that have hanging around all summer.

My stats are for England and Wales taken from what should be reliable sources such as UK Gov and UK Parliament. I haven’t looked at any stats for other countries but many will have proportionately less baddies and a few will have more, so at a rough guess, I’d say the number of bad folk given in these stats is on the high side for a worldwide figure. And you may not agree with all the categories I’ve lumped together as being the baddies — and indeed many will be goodies. So I’m really presenting a worst case scenario.

So at the worst extreme where we consider all millionaire households to be baddies and add the other categories to these we get a total of 17.865% of the population or 10.72 million people. That’s a lot of bad people! And the bad apples are causing the good ones to rot at an alarming rate, but it’s far from pessimism all the way. To me those numbers give cause for hope and optimism, but it’s no good just talking about it, each one of us must do something about it otherwise the 80+ percent of goodies soon reduces to similar numbers as baddies. And that’s why I still visit this forum, because you are all goodies working hard to make a better world in your own way, and of course producing a great CMS.

For me, it’s this stuff that keeps me sane:

And yes, a tin foil hat is recommended for General Discussion, and I try to avoid getting involved there. Nothing personal against you fine people, we just have different priorities.

I’ve said this before, online and In Real life: I use Textpattern mostly because of the people involved. And also, there’s a code comment that Dean wrote many years ago that I won’t forget, especially now it’s gone –

You wouldn’t get that level of code commentary in Drupal, just saying.

I use Textpattern mostly because of the people involved. And also, there’s a code comment that Dean wrote many years ago that I won’t forget, especially now it’s gone –

It’s back, and may it stay there.

I am also reminded of the Eagles’ song :

Take it easy, take it easy
Don’t let the sound of your own wheels drive you crazy
Lighten up while you still can
Don’t even try to understand
Just find a place to make your stand, and take it easy

This is the single biggest positive thing I’ve done for my peace of mind and my relationship with the web (though it still gradually fades). My one account on the fediverse, where people are quite tolerable in comparison, is the sole exception. (And this ol’ chestnut.)

And yes, a tin foil hat is recommended for General Discussion

I do stretch the limits of GD, I know. I will ease off on the climate rants, which are, agreeably, beyond the scope and interest of these boards. I’ve always thought I spend too much time writing here and not at my own site, anyway.

I should add, any moderator is welcome to remove any of my posts, or point one out to me and I will gladly do it. Just keep in mind if it’s a thread starter, the whole thread goes with it (or I can just blank out the head). But I have no problem either way.

Yeah, no TV is a good strategy and works for me.

Not everyone is bad. At least, they don’t set out that way until the money/power calls.

I try to do everything I can – however small – in my own actions to be ethical and to encourage others that we, the great unwashed, employ them and can take away their power in the blink of an eye. The hegemony are a renewable resource. We just need to act if we don’t like it.

And, sorry to dredge up the climate thing here again, but I’m a firm believer in the individual having the power – that one person can make a difference, no matter what age. The proof? Within one year, to go from this: 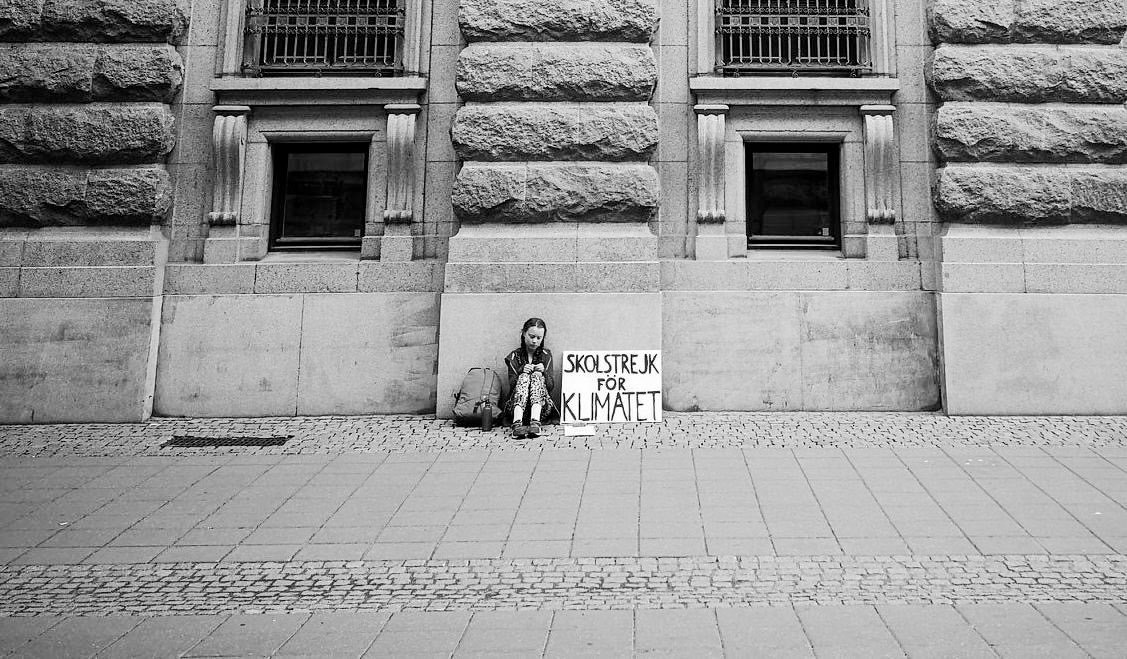 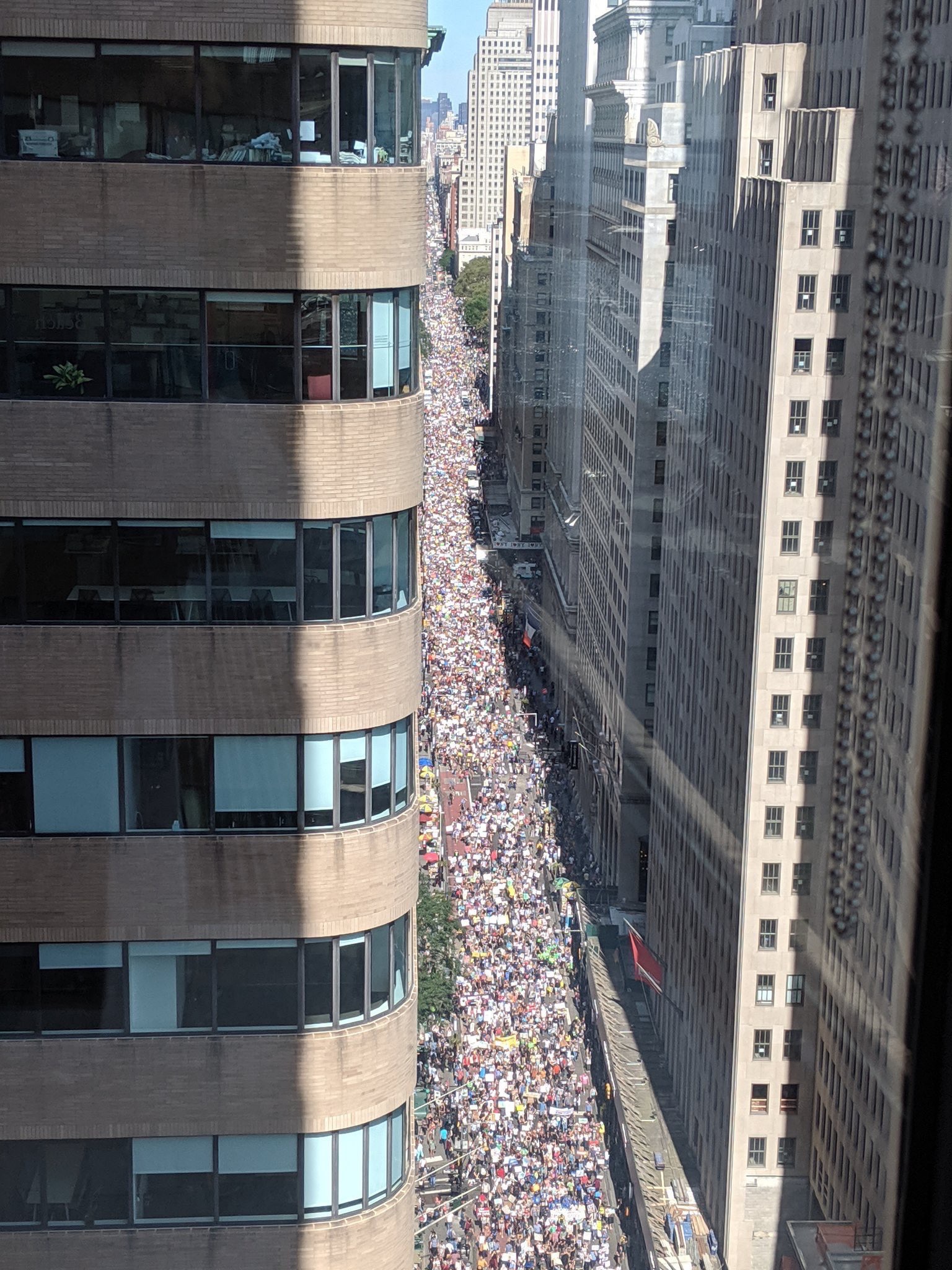 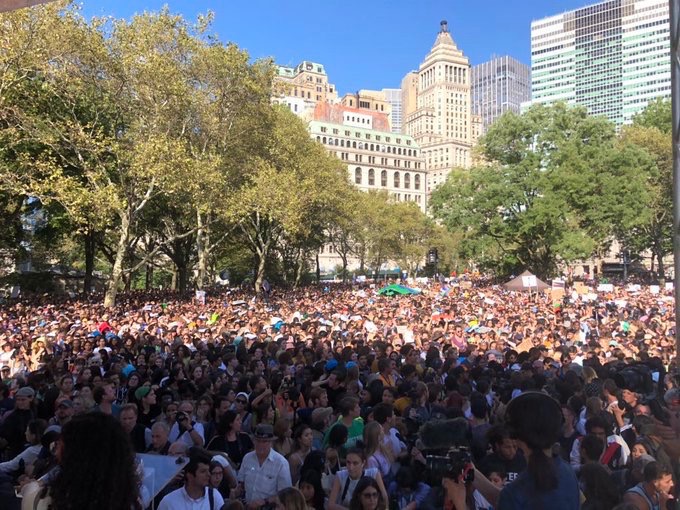 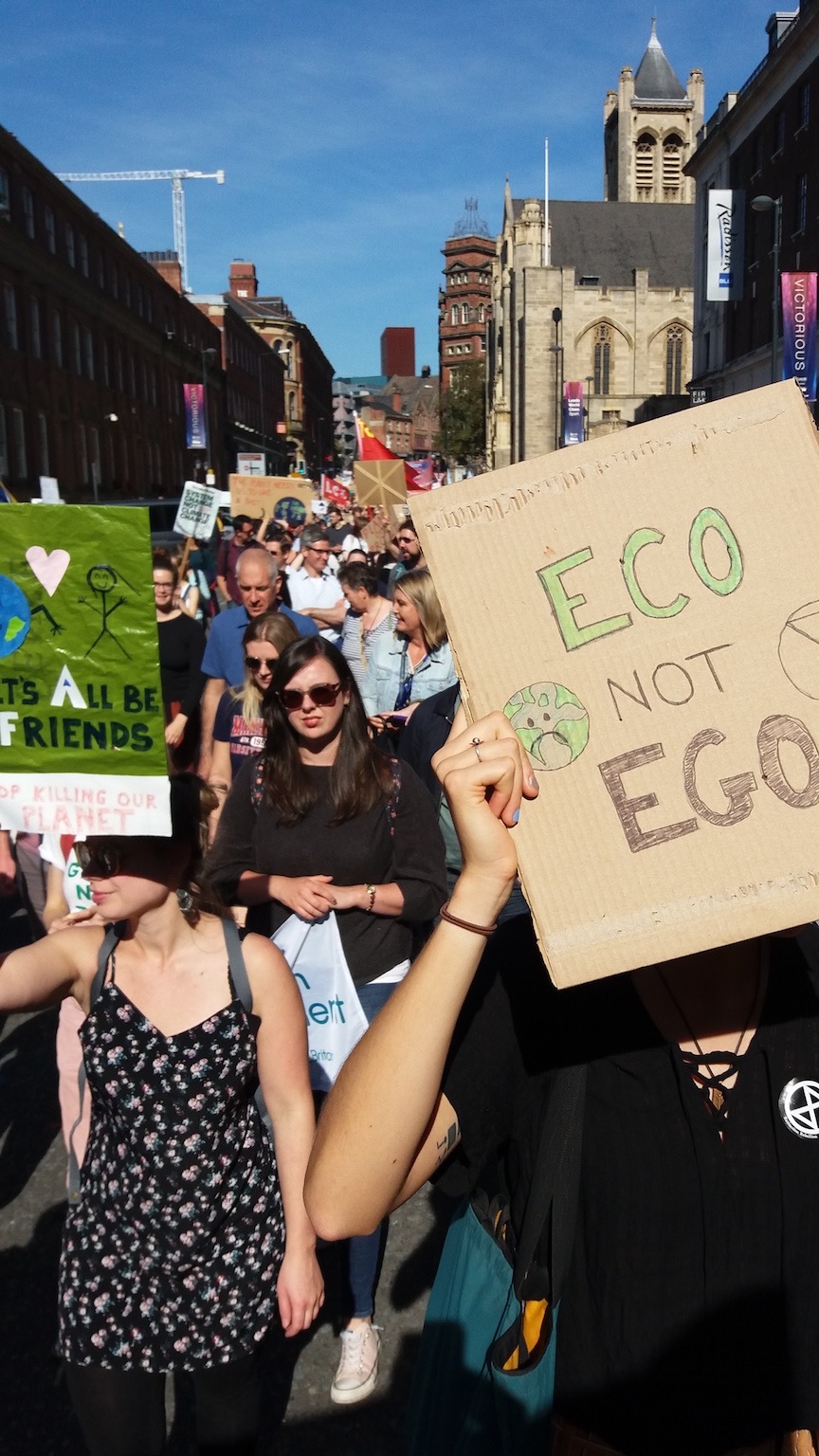 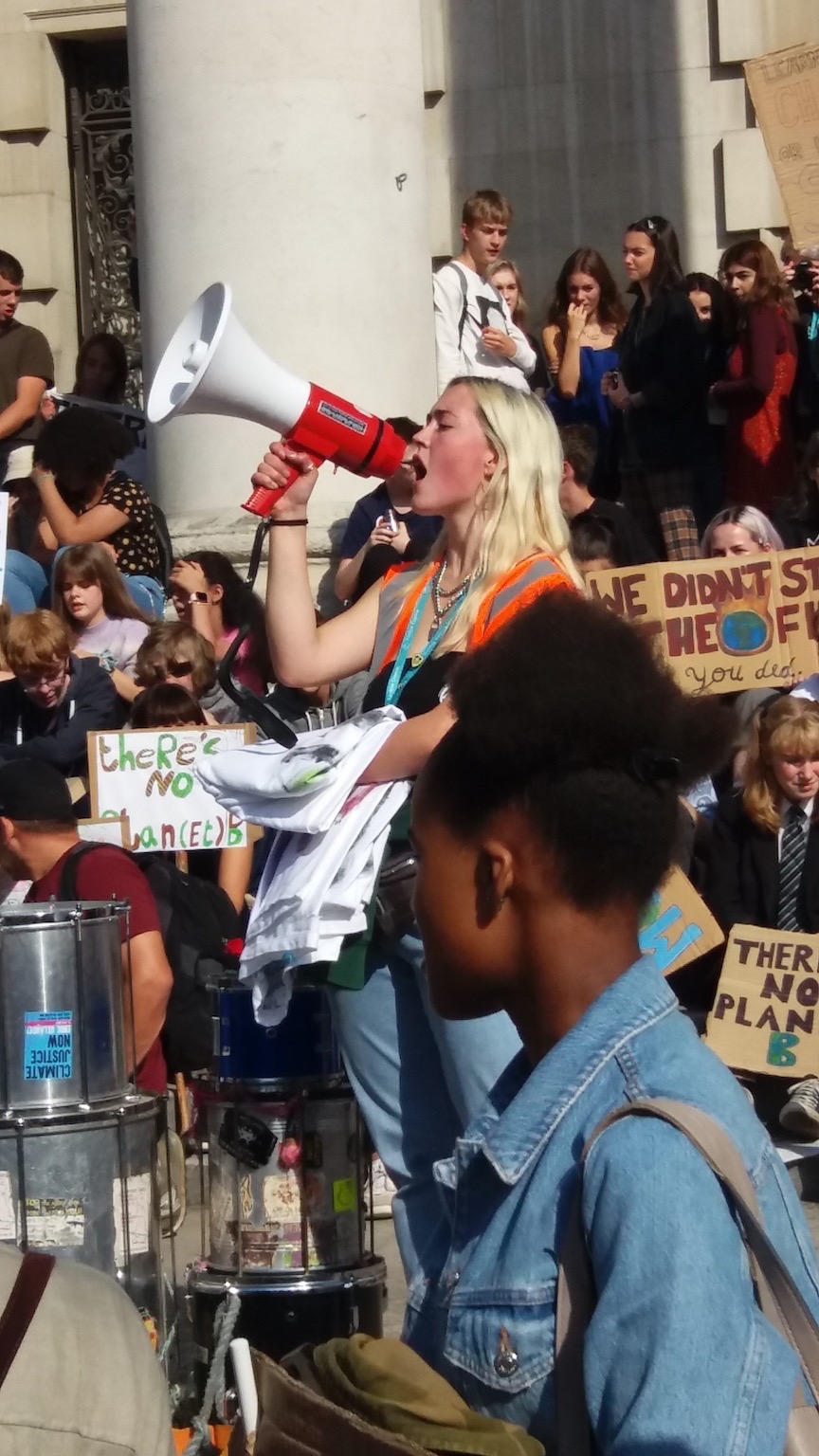 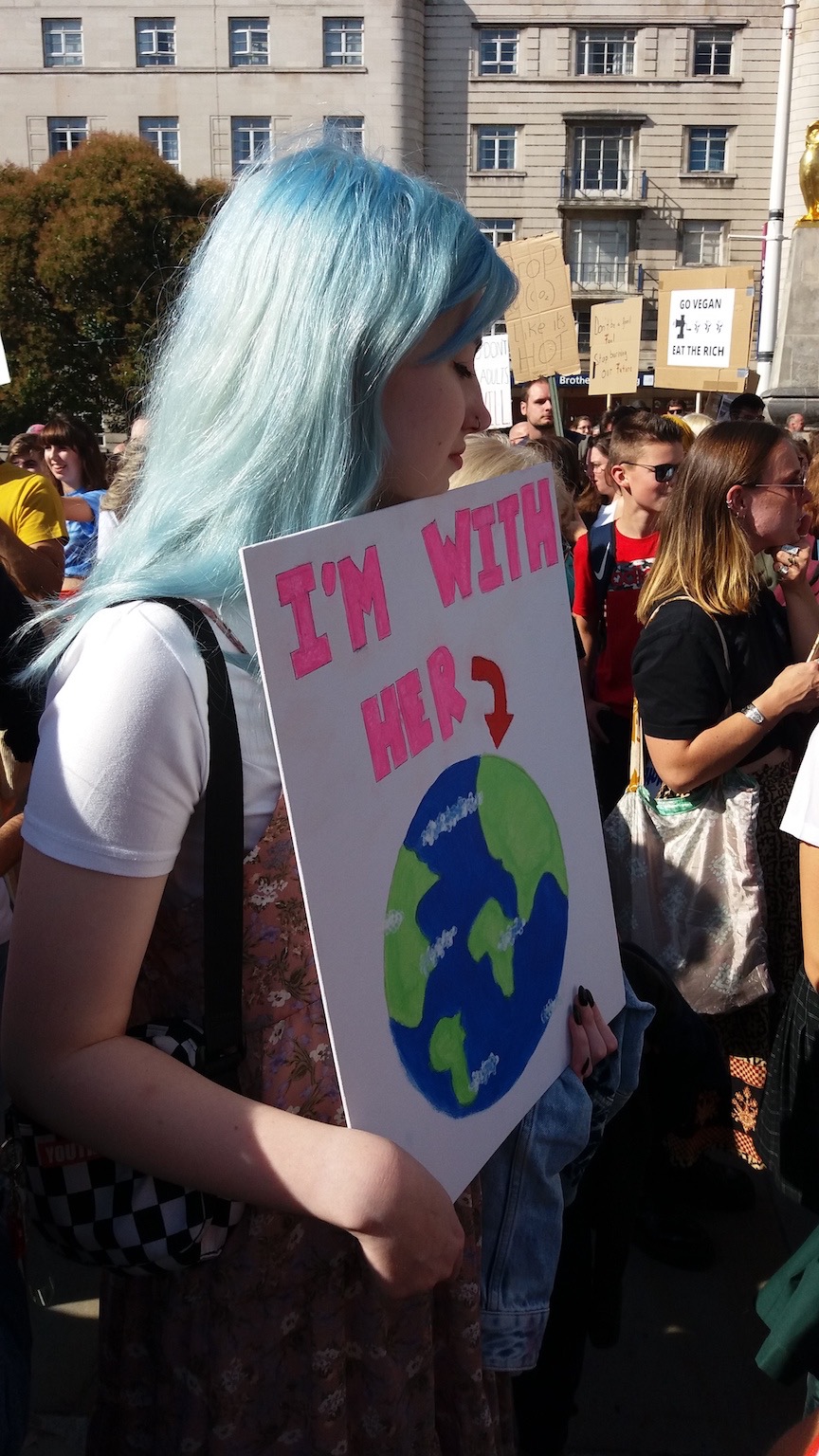 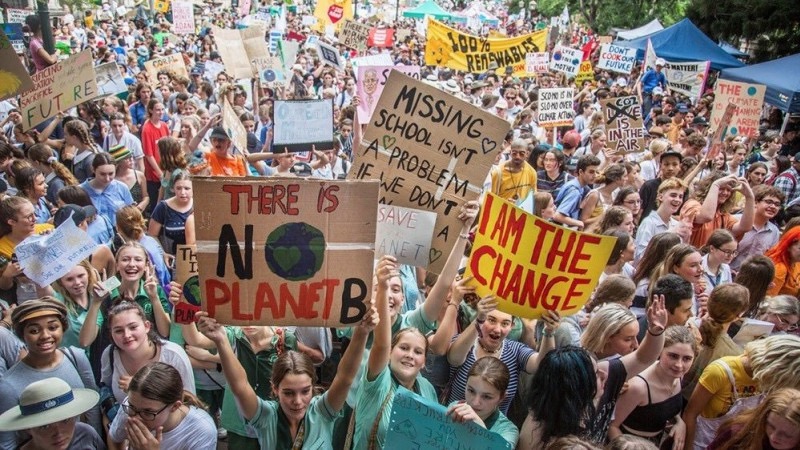 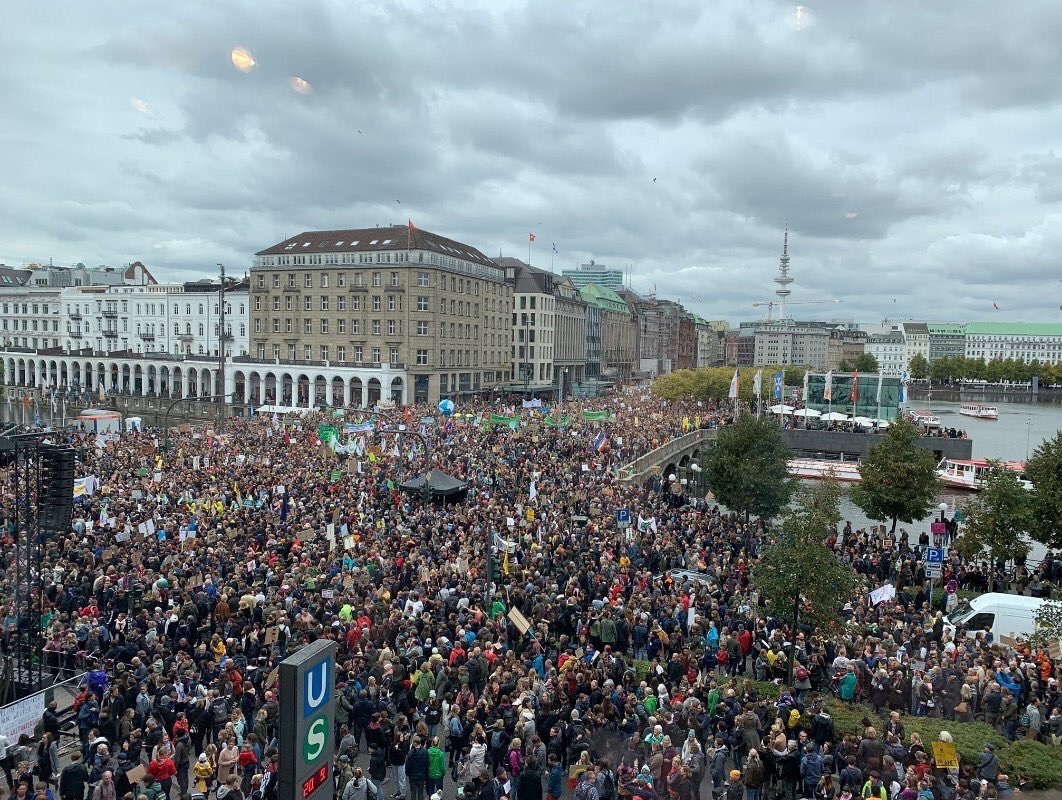 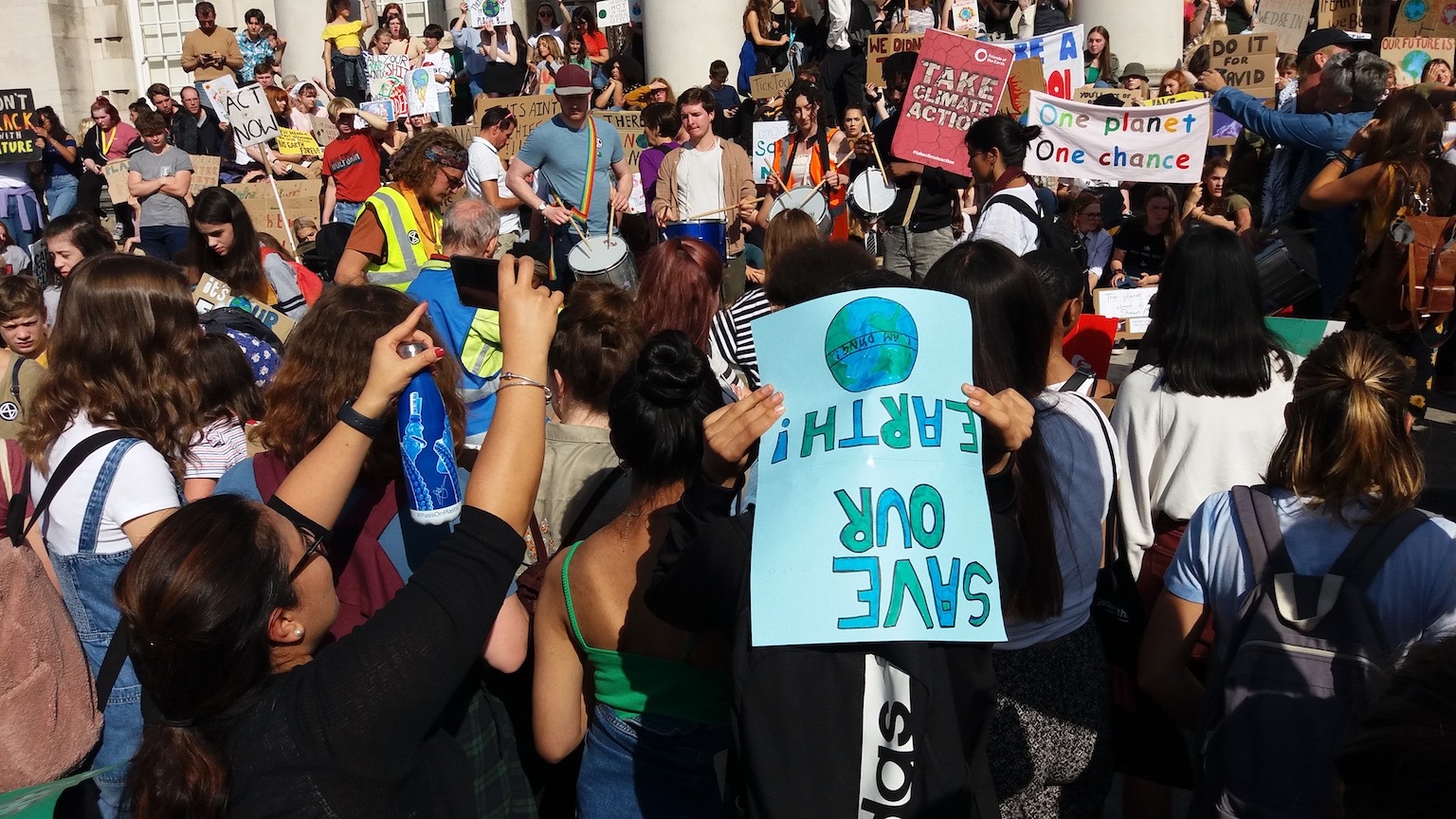 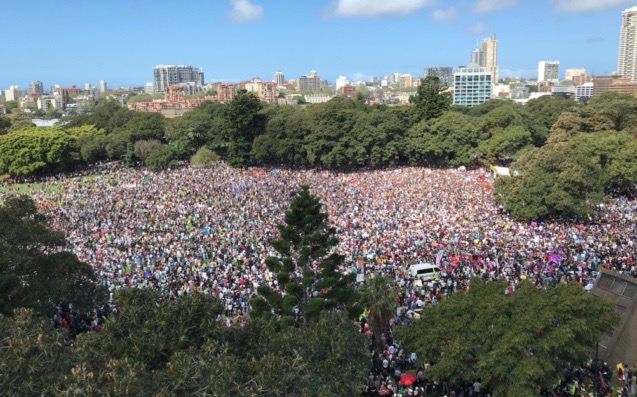 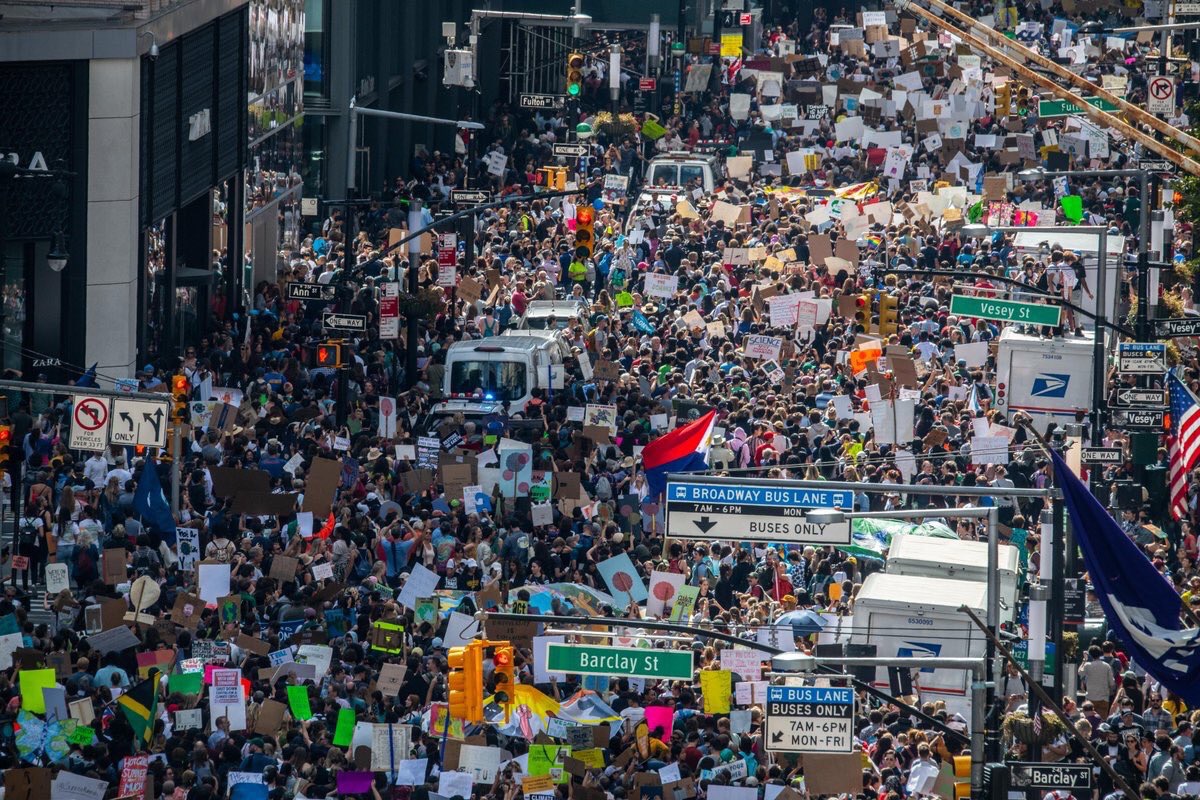 simply fills me with more optimism (even if it’s too little too late in this particular fight) than I’ve ever had.

EDIT: and yes, not all those photos are mine, I only took the Leeds ones.

Very inspiring photos, Stef. She managed to get millions of goodies to act. It’s no good being a goodie if you don’t act and become part of the solution – otherwise you remain part of the problem. I think that’s the biggest problem we have today – getting the goodies to be a bit more conscious and do something a bit more positive — whether that’s applied to climate change or anything else. We may all be doing our little bit, that’s great, but when someone like Greta comes along many more people wake up and join in.

BTW, please don’t stop posting about climate change or other issues, it’s inspiring even if at the same time it is depressing. And me too — I’ve been TV-free for 15 months now, Fb-free for 9 months, other social media free for years but I still listen to BBC news once or twice a day and read the daily briefing from The Week: Ten Things You Need To Know Today

What about people who only have $990,000? Is there a sliding scale of wickedness?

As for television, I grew up in a household where the television was on every evening from at least 6 pm to 11 pm when my parents went to bed. I couldn’t have imagine not having television.

I haven’t had cable television since December 2017 (what we in the US call cord-cutting). I’ve dabbled with streaming services but that is the occasional binge watch. I do miss a couple of sports like F1 and the Tour De France but fortunately you can find YouTube videos that do a quick recap.

That smells a wee bit too much of a professional PR shot (framing and everything). I don’t recall seeing that image before, although the young lady has been on my radar for quite a while.

Does anyone remember the rather large demonstrations before the Copenhagen climate change summit (yes, that is 10 years ago)?

Seems after she sat down and posted on Instagram and Twitter, journos came along. So it’s conceivable that one of them took that shot, hence the framing you reference. Unfortunately I can’t find the original source.

Not to slight Thunberg — what she has done and accomplished is extremely brave and nothing short of miraculous — I stand corrected, per Bloke’s link. I’m actually looking forward to the documentary that was filmed (is being filmed) of her ocean voyage and current North American tour. Regardless, she has become a momentum in her own right and I suspect will be a political leader in some capacity in the future. First president of the world?*

But I’d like to share another documentary, if I may, of Paul Kingsnorth, because if you watch it (about 50 minutes and well done), you’ll have a much better idea of what my outlook on the future is, because it’s pretty much on the line with Kingsnorth’s.

The Battle Against Climate Change

A relevant quote from Paul at 6’30” in response to a question about it all being depressing:

‘It’s difficult, isn’t it, to look at the state of the world and not be depressed about it sometimes, or unhappy. You can’t honestly look at the state of things and not feel unhappy. Some of the most despairing people I’ve ever met have been climate scientists, because they know what’s really going on. So if you’re not unhappy, or worried, or depressed about it, at least part of the time, then you’re not paying attention. But you can’t live in that space all the time. You have to get on with your life. But, yeah, it’s a difficult time to be a human, because we know what’s happening, and we know how little is possible to do about it.’

But do try and watch the whole thing. He invites us to his home and family and what they’re doing in response to the crisis; how they’re finding their path together. He’s a pessimist, for sure, and with learned reason, but you nevertheless walk away from this feeling better. He just has that knack of communicating it.

* ‘It’s difficult to coordinate the planet when nobody is in charge.’ – paraphrasing the CIA rep in First Contact