What would be the advantage if Textpattern would be installed 50 million times?

There would 50 million users who need Themes, Plugins and Custom work done on their sites.

I have no clue what point you’re trying to make, or even which side of the discussion you’re speaking from. It’s like one long riddle. 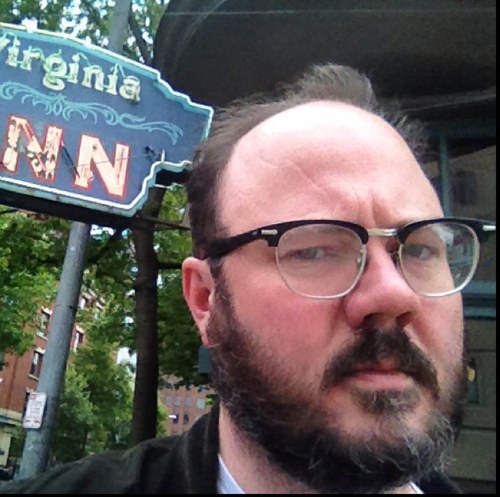 Woohoo! Celebrity Death Match is back. Who’s got the popcorn?

I enjoy this thread very much. Some anecdotes about the DA photo…

The bar he’s standing in front of is the Virginia Inn, 1st & Virginia, Seattle, WA, which at the time was a narrow little bar, but very popular. I used to live in the apartment building behind him across the street. My apartment was the top window you see at left of the gray pole.

Where he’s standing has an excellent view of the Puget Sound (Elliot Bay, to be exact), and is a steep block up from the Pike’s Place Market walk. A busy place in the summer time. I just went back to Seattle last April for the first time in 11 years. The VI is still there, but they bought the space next to it and broke down the wall; expanded into a real restaurant now.

The empty space you see to the right of the apartment building I lived in (kind of hidden behind the tree), which was a pay-for-park lot for many years, is now a new apartment building with street-side retail. There were no less than about 17 construction cranes operating on projects all around downtown Seattle when I made the visit. The city is in a major phase of change/growth. The Chinese have bought a lot of the real estate, and Amazon’s bought a lot too all around south Lake Union. It’s nuts. Expedia is making it’s world (US?) HQ there too, I hear. I loved Seattle, but it’s not the same city anymore; its character has changed.

When the big one hits, it’s toast. Surrounded by water and bridges; there will be nowhere to run.

Anyway, that will be the photo to use for the Dean Allen Wikipedia page. Won’t he be lucky. ;)

Some anecdotes about the DA photo…

Thank you sir, always wondered about that photo.